How to set up Live Role

Configure Streamcord to automatically add a role to members in your server when they go live.

This guide will walk you through on how to set up Live Role with streamcord. 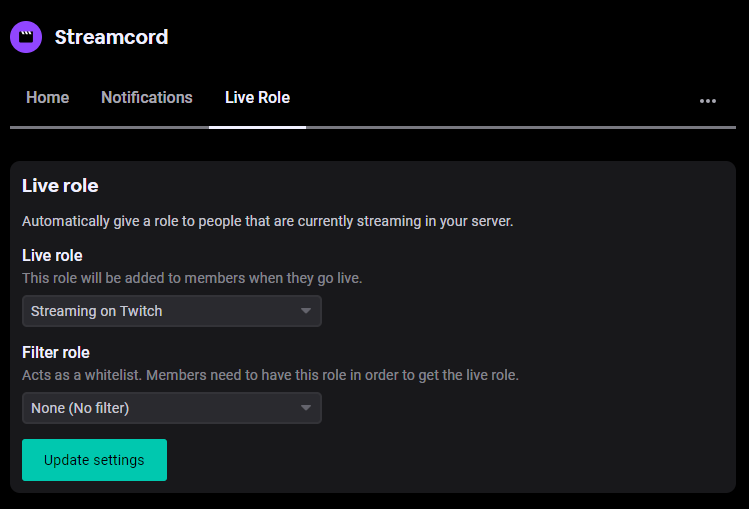 You can also configure Streamcord to send a message in a designated channel when anyone receives the live role. Live Role Notifications also respect the filter role if one is set.

Note: Streamcord will only send notifications for members in your server who have connected their Twitch account to Discord. Live role notifications are not the same as adding a regular streamer notification. 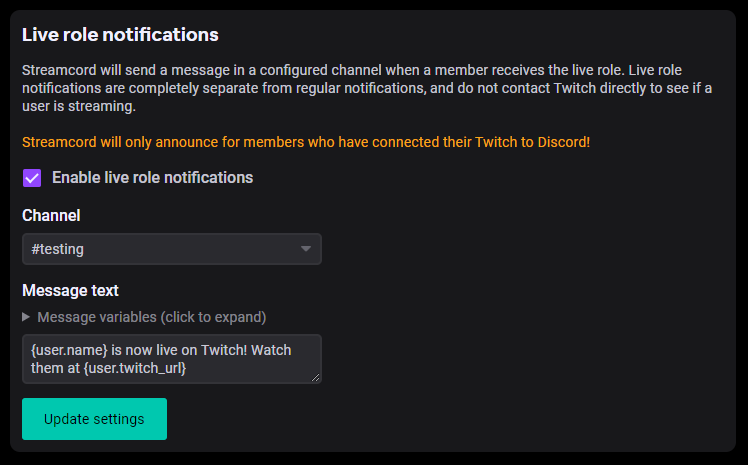 You can also update your server's Live Role settings by using the !twitch live_role set command.

The live_role set command requires a role to be mentioned. You can run the command like so:

Optional: You can also set a filter role by using the !twitch live_role filter command.

Note: Do not set the live role and the filter role to the same role.

Unfortunately, you can't turn on Live Role Notifications by using commands. You'll have to use the dashboard in order to turn them on.